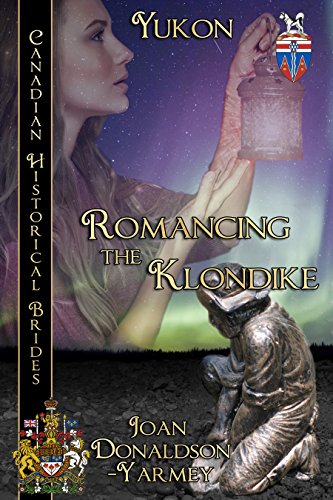 about this book: In 1896, Pearl Owens is a young woman in search of adventure while her cousin, Sam Owens, is a young man in search of gold. Pearl heads north to the town of Fortymile on the Yukon River with Emma, Sam's sister, to write articles for their hometown newspaper. They meet up with Sam and his two friends, Gordon and Donald. All five are in the north when George Carmack discovers gold on Rabbit Creek, renamed Bonanza Creek, which flows into the Klondike River. Once word spreads throughout the Yukon River area, prospectors begin to converge at the mouth of the Klondike River. From there they head up the river to stake their claims on Bonanza Creek and later on Eldorado Creek. The winter is cold and love, gold, and death are part of the five northerners over the next ten months.

I have been to the Yukon twice. On the second visit, in 1997, I was working on my non-fiction travel book, The Backroads of the Yukon and Alaska. I decided that I wanted to hike the Chilkoot Trail, since it was the 100th anniversary of the beginning of the Klondike Gold Rush. To write Romancing the Klondike I used my knowledge of the territory plus read books about its history to make sure I had that right. I also read books about the late 1800s to describe hair dos and clothing and equipment.

Review: I have just read Romancing the Klondike and Joan Donaldson-Yarmey has a huge fan now. Is there a sequel to find out what happened to Pearl? I absolutely loved the book and the way it was written. She is such a good author. I could not put the book down even missing one of our all time NCIS shows and that is something. I made sour dough starter this morning and will enjoy the sour dough bread a lot. I do want to know what she has in store for Pearl.