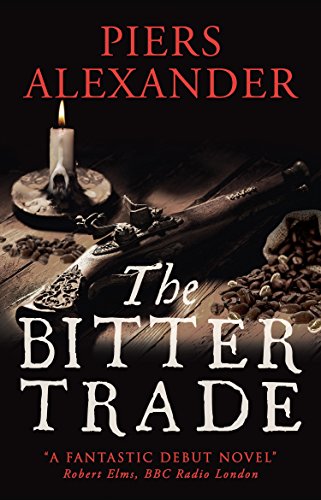 about this book: The Bitter Trade is an adventure set during England's Glorious Revolution in 1688. The main character, Calumny Spinks, is an outsider: he's redheaded, half-French and illiterate, and his family are looked down on by the other villagers.

His father has a terrible secret in a box under his floorboards, and it leads to a tragedy that leaves Cal fleeing to London. Failing to make it as a silk weaver, he signs up with the shadowy Mister de Corvis, and soon finds himself embroiled in a coffee smuggling racket that's tied up with great affairs of state. Meanwhile, he has only days to pay a blackmailer or lose his life...

Late seventeenth century London is an amazing place to travel to: the modern world is being born from an explosive mix of science, art, commerce and war. News travels faster than ever before, and ambitious young people like Cal get the chance to step up from their lowly beginnings.

You have to look hard to see the traces of it now: dotted around London are the buried rivers, like the Fleet, and old coffeehouses where the business was transacted. Or you could step into the world of The Bitter Trade...