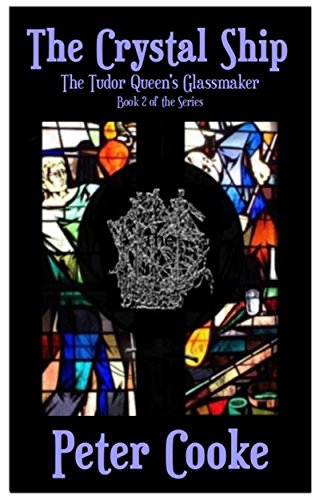 about this book: The book is a very different approach to the first Elizabethan Era. Most books of this genre concentrate on fiction accounts of actual characters, particularly Queen Elizabeth I, Mary Queen of Scots, or other major players of the times. The Glass Dagger, Book 1 of the series, has as its central character, Jacob Bell, a Murano glassmaker, who by force of circumstances finds himself involved in foiling the plots against the Queen. The Crystal Ship, Book 2 of the series is both a new plot for Jacob Bell to solve and when his ship the Bonaventure is badly damaged in a storm, a chance to be involved with Admiral John Hawkins in developing a new type of ship for the Queen's Navy. Matters are further complicated by Hawkins trying to rescue his shipmates from the dreaded Spanish Inquisition.

I wanted to write about Hawkins and his ships, because there is a lot of misconception about the state of the English Navy at the time of the Armada. Hawkins not only completely renewed the fleet, but changed the way ships fought. His sleek fast and well armed ships, became the basis for a Navy that saw England become one of the most powerful nations in the World.

• "A fascinating original historical context-the insight into the world of glassmaking is interesting - the backdrop of the story's setting, Venice and London and the times will also be a key part of its appeal to readers". — Martyn Bedford, award winning author of Houdini Girl and Lecturer in Creative Writing.