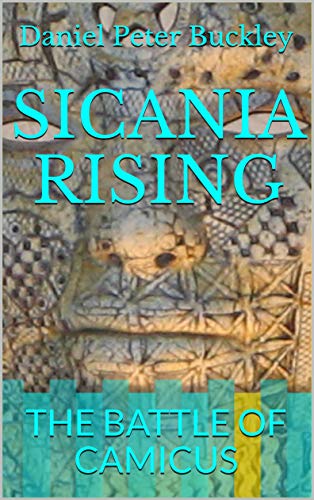 about this book: Since an old school teacher in a lesson, one day talked about the temple of Knossos and the Minoans showing photos and data illustrating the site i was hooked on all things Minoans.

That day I decided one day in the future somehow someway to see the site with my own eyes.

My book is the result of my many visits to Crete and Sicily and the influence and inspiration drawn from walking or seeing the sites mentioned in the books that over the years have become old friends.

Minos the legend is an obscure figure yet the varied heroic figures from Cretan legend all paly a part in the book.

With the battle of Camicus a focal point of the books construction.

It took me about six months to write the book, however, the hardest part of producing any book is the formatting and editing that follows.

Research was enjoyable and having quality data to call upon helped to speed the writing of the book.

What became apparent was that rivalry between the ancient world powers revolved around the resources and the sea and land trade routes added to developing a network of alliances either through trade or marriage alliances.

For me, the siege of Camicus feels very real and i wanted to express that in my book which is a mixture of Legend,Fact and fiction for readers to peruse.

The cover image of the Sun GOD looks out and entices readers to follow his journey into the unknown waters around Sicania.