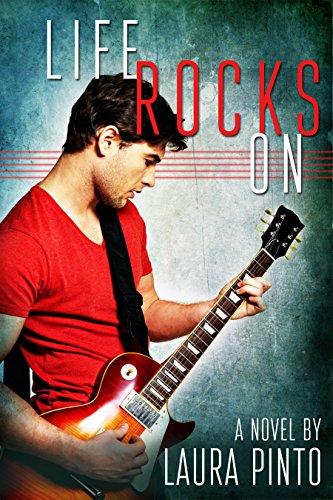 about this book: New York City in the 1960s, a place where dreams either came true or died underfoot. Society was undergoing a sea change, and the sea was as turbulent as the rock and roll music that provided the background. Millions were struggling for a foothold while transistor radios blasted the latest hit records and discontented teens came to realize that the security of childhood had just been an illusion. It seemed there were only three options: To conform; to revolt; or to dream of a better life and work like hell to make the dream a reality. And for five young people—three Brooklynites, a doctor's son from New Jersey, and a transplanted Asian-American woman from California—dreams had a way of turning into nightmares very quickly...

The product of a broken home, brought up in poverty and misery, twenty-four-year-old Eddie Golden sees the acquisition of money and success as the driving force in his life. His ambition gains him the world and loses him his soul and the companionship of the only person he has ever loved. As Eddie struggles to put the pieces back together, an astonishingly good-looking and talented young man shows up at his office seemingly out of the blue; and Eddie instantly knows that he and the handsome teenager are meant to conquer the music world together. A lifelong friendship and successful business partnership are born that very day, and the ride is wilder than either could have anticipated.

Jill Simmons is blond, beautiful and head-over-heels in love with her boyfriend and singing partner. Everything is rosy, and the future has never looked brighter. But suddenly and without warning the rose's thorns burst Jill's happy world like a balloon, forcing her into a decision that will impact the rest of her life and that of her partner and change the course of musical history.

Phil Stefano's ambition, against his parents' wishes, is to become a singing star; and at the age of eighteen he finds himself on the threshold of his big break. It appears his dreams are about to come true. But by the time Phil realizes that he's made a bargain with the devil, it's too late to back out. Now he's guarding a secret that has the potential of unraveling his professional and personal lives and blasting apart his cherished goals for all time. As if this wasn't bad enough, Phil's obsessive love of a woman alienates him from his family, friends, and fans, and threatens what is left of his sanity.

Tall, dark and handsome, Brooklyn born and bred and of mixed ethnicity, Nicky Poole is an overnight success who has it all—talent, good looks, money, fast cars, a luxury apartment, and all the women he wants ... almost. Before his twentieth birthday, Nicky has become a singing star and a teen idol, and he's enjoying every minute of his fame and the perks that go along with it. Six years into his meteoric rise to the top of the charts and the music industry, however, Nicky's previously secure world comes crashing down around him and he finds himself alone, heartbroken, and struggling to revive a lifestyle that has been consumed by flames.

Jewel is part Chinese, part Japanese, and wholly exotic. Her beauty and brains land her a spot in a millionaire's hugely successful organization, and within a few years she's in a position of power, of which she takes full advantage—after all, why should men hold all the sexual cards? Up and coming rock & roll stars know up front the price for being featured in Jewel's magazine, and few complain. Jewel's world seems to be as bright as the glittering image her name conjures up, but her psyche has been affected by childhood abuse and teenage loss; the wall she's constructed around herself is impenetrable ... or so she believes. But when tragedy strikes twice in rapid succession, Jewel learns a painful lesson about love and life and is impelled to redefine who she is in order to know her destiny.

LIFE ROCKS ON tells the story of three men and two women who climb the ladder of success step by painful step, facing horrific challenges along the way, and learn to their dismay that the descent to the bottom is a lot quicker, and even more merciless, than the ascent to the top. All are then forced to reinvent themselves in order to survive a new world which is far different from the one that nurtured their youthful dreams, and to exchange those dreams for new ones. Who will persevere? Who will give up? Who will succeed? Who will fail?

Written from the heart, LIFE ROCKS ON reveals the often brutal side of fame and fortune even as it shows the protagonists contending with the same trials, tribulations, and life events that other inhabitants of the civilized world face on a daily basis—childhood poverty, friendship, betrayal, marriage, divorce, illness, death, unrequited love, abuse, greed, and ambition. LIFE ROCKS ON is frank, raw, uncensored, and definitely not for the faint of heart. Fasten your seat belt and get ready for a wild ride!

Note 1: Explicit content advisory. LIFE ROCKS ON contains adult language and explicit sexual situations and is intended for mature audiences. It also contains references to incidents of abuse and violence which may be unsettling for certain individuals. Reader discretion is advised.

Note 2: This is a long novel! The manuscript is a whopping 649 pages in length, so be aware that it will keep the reader entertained for many hours. LIFE ROCKS ON is definitely a book for people who love to read!

Note 3: LIFE ROCKS ON is currently available exclusively on Amazon Kindle. A Kindle device, however, is not required to read Kindle books; they can be read in the Kindle Cloud Reader or via the free app for PC, Mac, tablet, or smartphone.