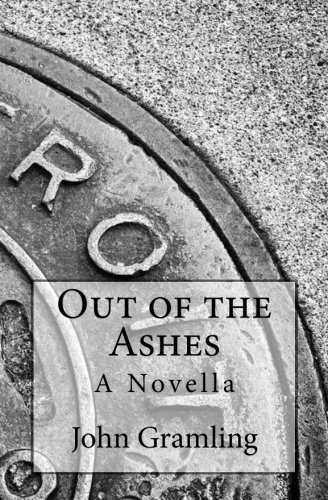 Book: Out of the Ashes - A Novella by John Gramling [paperback]

about this book: The year is 1874, a young businessman who inherited a fortune from his Pennsylvania steel magnate father has decided to own the shipping rights throughout the great lakes, which in practice is much harder to accomplish no matter how much money you throw at the problem. Will he succeed? Will he fail? Will he lose everything to ensure his vision is complete?

Also within the book is a story o a young woman, an artist, who has decided to dedicate her life to exposing the exploitation of the Detroit underclass, as well as other atrocities such as World War I, and inherent greed. This novella will serve as the first two chapters of a novel that is currently in progress. It will extend all the way from 1874 to present-day Detroit and cover the racial, political, socio-economic and slew of other problems facing the city over the next century. Will Detroit in itself rise from the ashes, is it no less doomed than Pompeii?

My primary readers for this book I assume is people of all ages, races, genders and beliefs who want to see Detroit succeed, to rise from the ashes and once again become the "Jewel of the Midwest".

The research for this book was extremely intensive, as it's a fictional set of characters living in a very real and historically correct Detroit.

"Out of the Ashes is a novella with a title which "does what it says on the tin". Within the space of less than 50 pages I traveled back in time and got to know two families, each connected indirectly by a house, and ambition.

I don't want to, nor can I, tell you too much without giving away the whole story line.

Here's how it goes down without going into detail:

The novella starts off with a look into the life of Edgard Mumford in the back end of 1800s. A young ambitious man, "way ahead of his time" with plans to be the most-known man in the country. In fact, his determination and wish to be at the top is so big, he ends losing something that should have been the most important to him. Again, going back to the title, Out of the Ashes is an indication that he just might get a second chance... Will he take it, and how different this second chance may be to he previous glory days?

In the second part of the book the family ties in between a father and a daughter are put to test. A family who has no connection to Edgar Mumford... almost...

The time has moved to early 1900s. The father, as a parent, wants to mold his daughter's life into one of success and power. Is it the daughter's will though, to step in her father's footsteps? Or will doing so simply extinguish her spirit and her own personal dreams?

Two fascinating, very realistic and well-written accounts of different lives, with different issues, yet the same catalysts of ambition and stubbornness. Two different sets of lives connected by a house that creates, and takes away. 4 out of 5 stars" - Liz, GoodReads