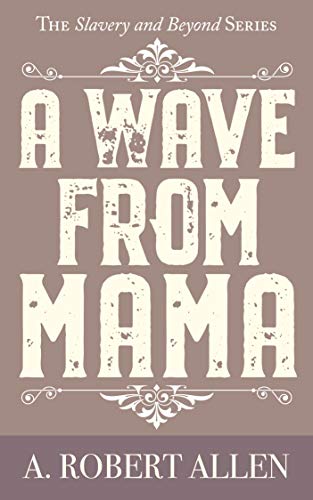 Book: A Wave From Mama - The Slavery and Beyond Series by A. Robert Allen

about this book: What do Weeksville, Irishtown, and the Draft Riots all have in common? A shared moment in time, a common place in American history, or the setting for a socially awkward former slave determined to meet the challenges of the day or die trying? All of this is set in the backdrop of the building of the Brooklyn Bridge, which would connect the first and third largest cities in the United States with towers so immense, they would become the tallest structures in North America.

A Wave From Mama is A. Robert Allen's second novel of historical fiction and Volume Two in his series, Slavery and Beyond. The first volume, Failed Moments, is a fictional account of his ancestors in 1790 in the French Caribbean and in New York during the Civil War. A Wave From Mama is a stand-alone story that picks up chronologically where Failed Moments left off, with the aftermath of New York's Draft Riots and the ongoing tensions that existed between the Black and Irish.