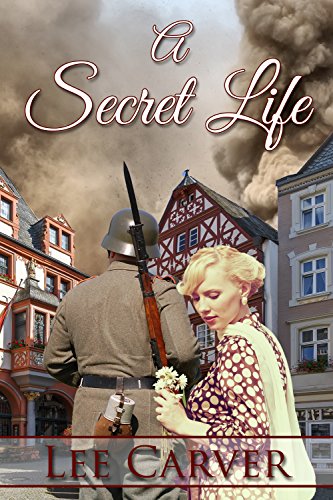 about this book: This World War II inspirational novel, "A Secret Life" follows the story of a young aristocrat in his father's investment company at the outbreak of the war. His mother is American, and both he and his sister have dual citizenship. That much is public record. The deep secret is that his mother is Jewish, but became a Christian before marrying his father and moving to Germany. Karl Von Steuben is forcibly conscripted and plots to avoid shooting or being shot at by Americans. Saved from combat by putting his excellent English to work in transcribing captured messages, he searches for a way to join the US Army without being killed as a traitor by either side.

Extensive research for the novel covered a year and a half and included a trip to Germany--my fourth--to visit the battlegrounds where my father-in-law fought. Never a student of history, I experienced waves of understanding during the writing. I used to speak the language quite well, but there's a lot to forget about German. Having German friends directed me not to write the characters as all bad "Jerries." Karl's romance with Grace especially softens the hard edges of a merciless war.