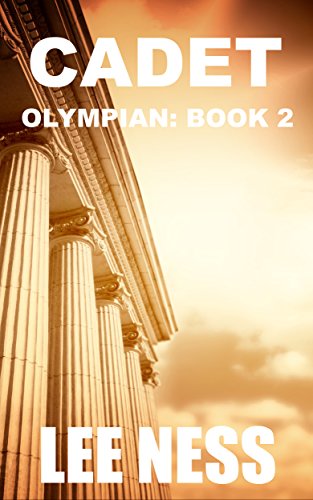 about this book: This is the second book in the Olympian series and at the end of the first book, Alexander thought that after he'd endured incredible misfortune and peril in the first book, he was now able to settle into some kind of normality at military academy. The gods don't favour him though when he finds that the very people who put his life in danger on Samos are now running the military academy.

On Samos he had a few dangerous enemies in a war zone. In the academy, every cadet and instructor hates him and many of them want him dead and that is just how the book starts!

I took inspiration for this book from many places, but overall it was a logical progression for me on Alexander's journey to the Olympics. He has to suffer incredible hardship to mould his character to where it needs to be to allow him to achieve his Olympic destiny. I had to real dig deep to write this book as Alexander is a character I really know well and putting him through the pain and turmoil that I did with this book actually upset me in many ways, but I had to remind myself how the books ends.

I've been told by my circle of reviewers that this is the best book I've written and it is certainly the one that I've put the most emotional effort into. I really like it and I hope readers do too.