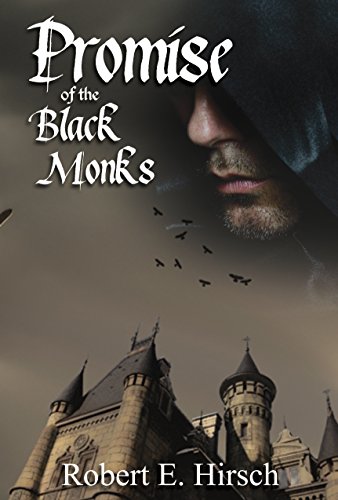 about this book: As the Roman Empire fell into collapse, Western civilization dissolved as humanity lost its way, sinking into an orgy of bloodletting and anarchy known as the Dark Ages. Arising from nowhere, vast confederations of pagan invaders slashed and burned their way forward, leaving in their wake legacies of abject misery and hopelessness. From within Europe arose the Visigoths, Ostrogoths, Vandals, Lombards, and Huns. Magyars arrived from the east as Angles, Saxons, and Jutes poured from the north, followed by Danes and Norsemen. Moors sprung from the south, taking Spain, threatening France. In time, the value of life held less worth than the amount of earth required to cover a man's grave.

Finally, by 1066, the ceaseless warfare and the wandering tribes had evolved and morphed unto themselves, leaving but two great powers to emerge from the blackness– the Catholic Church and the Crown. Thus began a new yet equally visceral struggle that would plague the entirety of Europe for centuries yet to come.

Against this backdrop, the 'Dark Ages Saga of Tristan de Saint-Germain' (five book historical fiction series) vividly unearths the political, spiritual, and military chaos of Europe during the end of the Eleventh Century. Beginning with the Investiture War between Pope Gregory VII and Emperor Heinrich IV of Germany, and ending with the capture of Jerusalem during the First Holy Crusade, the series precisely and accurately dissects the exploitive, unforgiving struggle for power between Church and Crown to control territory, hoard wealth, and claim dominion over the populace.

Medieval life and warfare, Benedictine monastery culture, and Church political intrigue erupt with searing action and heart-throttling emotion during history's blackest age of brutality, ignorance, and superstition. The Gregorian Church battles to establish independence from Emperor Heinrich IV, but in the shadows, it also begins to set an intractable course toward holy war against Islam– the Crusades.

Born of French nobility in 1066, seven-year-old Tristan de Saint-Germain's father is executed for treason against William the Conqueror. Abandoned, Tristan is cast into the rigid, monastic world of the Benedictine Order. Under the tutelage of Grand Prior Odo de Lagery, Tristan's frightening intelligence and perception turn him into an academic and linguistic prodigy by age twelve. With time, Tristan's rise makes him vital to Benedictine intrigue and the Gregorian papacy, forcing him into the visceral power struggle between Pope Gregory VII and Emperor Heinrich IV to claim supremacy over Europe.

Yet, even as Tristan matures and the fate of Church and Crown waver in the balance, he has never forgotten Mala the Romani... a fleeing gypsy girl of mysterious origins he met by chance at age seven as he was being sent to Burgundy and the Black Monks. From the moment of that first encounter, though both were but children, each felt in the other a shared dispossession and loneliness– one that had been forced upon them by an unforgiving world driven by power and privilege. Trapped in childhood and adolescence by thrashing political currents beyond their ability to repulse, as adults the two struggle to survive in their own respective spheres– never surrendering, never losing hope, nor ever abandoning love of the other despite damnation by Church law, cultural intolerance, and war.

Taking separate paths on the unraveling of their relationship with each other and the death of their newborn, illegitimate son, Tristan renews his fervor for the Church and receives the appointment as Pope Urban II's First Counsel. Mala marries into wealth, is widowed by war, and moves forward to amass unimaginable wealth as la Gran Signorina of Genoa. Though Tristan and Mala do not see each other for years, their hearts continue to dwell in the past– still vaporously bound together by love, regret, and the death of their newborn son.

By chance, political turmoil unexpectedly drives them together in Genoa, Italy as Tristan passionately leads the Vatican's drive for a spiritual war against Islam and the recapture of Jerusalem from the Seljuk Turks. Answering the call for this crusade without Vatican authorization, charismatic evangelist Peter the Hermit (Kuku Peter) marches 50,000 peasants armed with forks and sticks to Constantinople to invade Turkish territory and begin the First Crusade. Tristan is assigned by the Vatican to quell this radical expedition, but finds himself enmeshed in the renegade march in order to protect the innocent. In the end, the disastrous outcome of the Peasants' Crusade at the hands of the Turks becomes a turning point for Mala and Tristan, as they rekindle their love and vow to remain together for life, regardless of his high Church position or the spiritual and political demands of the Vatican.

Their saga continues as the vast sanctioned armies of Pope Urban II arrive in Constantinople and launch the authorized First Holy Crusade... and Mala gives birth to Tristan's second son, Christian. Refusing to remain apart, Mala and Tristan together struggle through one obstacle after another as the European crusaders battle against the great Kilij Arslan, lay siege to Nicaea, escape slaughter at Dorylaeum, and become trapped in Syria at the city of Antioch–finally arriving at the Gates of Jerusalem for a final confrontation against the Muslim horde to reclaim Jerusalem for Christianity.