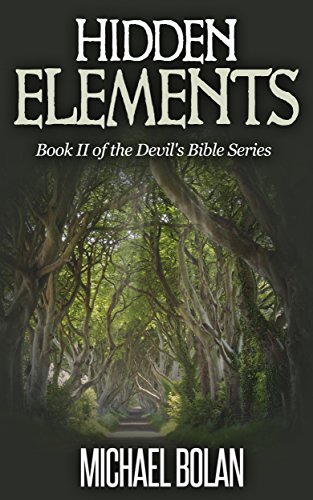 about this book: Hidden Elements picks up from the ashes of Jankov, one of the most decisive battles of the Thirty Years' War. The Sons of Brabant have emerged victorious, but have lost over half their company. They return home to lick their wounds and plan how to spend their hard-earned rewards, but it isn't long before they are back on the road, not fighting, but acting as bodyguards.

On a quest which takes them from the depths of the Earth in Bohemia to the roof of the world in the Alps, they seek out the lost seals to the Devil's Bible in the hope that they might be destroyed, the only sure way to prevent the oncoming cataclysm.

Their enemies, known only as the Rapture, harry them constantly, doing their utmost to bring about the Second Coming of Christ, ridding the world of mankind in the process. As Europe crumbles with the attrition of decades of incessant fighting, the Sons of Brabant must prevail!