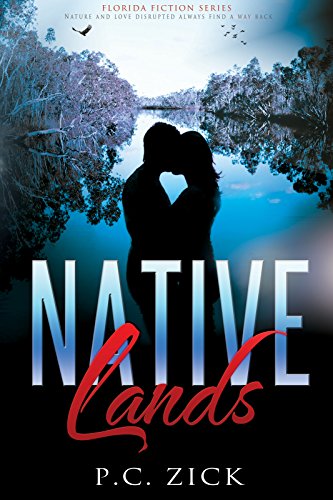 about this book: I began writing Native Lands a decade ago. Then it sat on my computer while I did other things. I pulled it out and gave it a major overhaul and finally published it in 2014.

The story ranges from the 1700s to contemporary times. It's a love letter to Florida and its true natives who were thought to have gone extinct 200 years after the European invasion. It troubled me that a whole group of people could just disappear so in Native Lands I have them escape north Florida into the Everglades where they stay hidden until an international conglomerate threatens to destroy their home.

The book went through many different states, probably more than any other book I've written. I enjoyed the process. Originally, it was only set in contemporary times, but when I explored one of the Timucuans original homes near St. Augustine, I felt the pull of history and the story of Locka and Mali came to me in dreamlike sequences.