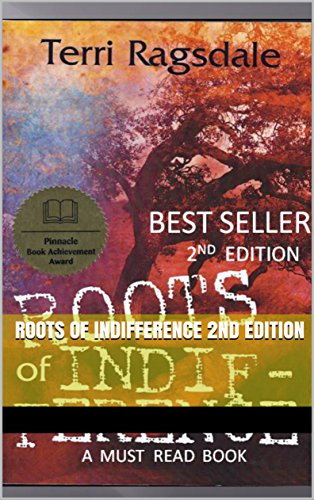 about this book: WINNER OF THE PINNACLE ACHIEVEMENT AWARD IN LITERATURE HISTORY & WINNER OF THE HISPANIC AND LATIN AMERICA SOCIETY-BEST BOOK FOR 2014! YOU'LL BE HOOKED!!! A TRUE-BASED NOVEL TAKING 20 YEARS OF INTERNAL RESEARCH IN SOUTH TEXAS, FINDING THE TRUTH TO UNSOLVED MURDERS THAT WERE NEVER SOLVED DURING THE EARLY PART OF THE CENTURY. IT'S AN EDUCATIONAL MASTERPIECE IN THE HISTORY EVENTS THAT TOOK PLACE IN THE ERA OF TIME. POWERFUL AND TOTALLY ENGROSSING!!! YOU WILL WANT TO READ IT OVER AND OVER AGAIN!!!!

IF YOU ENJOY READING ABOUT HISTORY WITH A HIGH ADVENTURE/ACTION AND SIZZLING SUSPENSE, THEN YOU MUST READ: "ROOTS OF INDIFFERENCE", A THOUGHT-PROVOKING HISTORICAL/FICTIONAL NOVEL, WITH A LOVE AFFAIR FULL OF LUSTFUL, EXPLICIT LOVE AND TWO UNFORGETTABLE MAIN CHARACTERS THAT GO BEYOND ALL LIMITATION TO BE WITH EACH OTHER—INCLUDING MURDER!!!! EDUCATIONAL IN HERITAGE AND CULTURE, POWERFUL and EXPLOSIVE!

WELL WRITTEN IN ACUTE HISTORY'S LITERATURE THAT TOTALLY DESCRIBES THE STRUGGLES AND PATIENCE OF THE HISPANIC-AMERICAN PEOPLE LIVING IN A RUTHLESS TIME; DEALING WITH SENSITIVE AND DIFFICULT PERSONAL HUSHED ISSUES. THIS NOVEL COMES WITH MANY SHOCKING SUPERNATURAL INCIDENTS THAT WILL KEEP YOUR READING AND WANTING MORE. A BOOK THAT WILL LINGER LONG AFTER YOU READ IT. IT'S A STORY THAT NEEDS TO BE TOLD DURING THE EARLY FRONTIER DAYS AND BASED ON TRUE FACTUAL EVENTS. YOU WILL BE TOTALLY AMAZED AT ITS APPALLING INFORMATION THAT WAS NEVER RECORDED AND BE SHOCK AT ITS SHOCKING ENDING!!!

A compelling, thought-provoking novel that will make you want to read more on the history during the first of the century era. The history is true-based full of suspense and intrigue; a story that covers a world of supernatural events. The novel is a page turner full of romance and secret love affair on an arranged marriage that went wrong. It will keep you spinning, including murder and especially the shocking ending.

Fabulous historical novel set around the period with so much prejudice and discrimination during the turn of the century. It was amazing how the families were able to cope with their lives. History on the actual occurrence from people who lived during this period of time. The Mexican Revolution, First World War, The Spanish Flu, and The Great Depression, and ends during the 2nd World War. A story novel that really opens your eyes in how they the Spanish-American citizen lived. This novel is true-based taken from recorded documents.