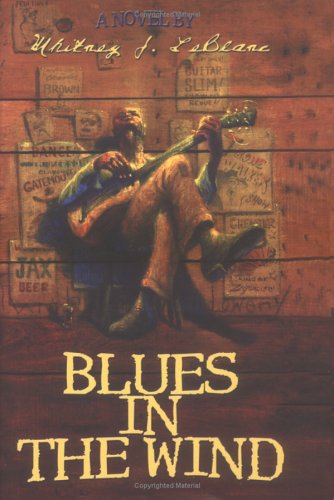 Book: Blues in the Wind by Whitney J. LeBlanc

about this book: The Blues Trilogy are stories about a Creole family from Louisiana against the backdrop of the birth of the blues. The dreams for the family, by Martha turn into nightmares because instead of becoming a doctor, Philip Fergerson finds that he is a high school principal. Events of murder, lynching, voodoo and sexual abuse by a priest, set in motion the disintegration of the family. On top of all else, Martha's brother Lightfoot is a blues musician who witnesses the beginning of the blues as an art form. He follows the early blues legends from Robert Johnson, to Bessie Smith to Leadbelly to lighten' Hopkins and BB King as they sing their way through the Delta. Martha, a proud and devoted Catholic looks on in horror as one by one of her family falls under the influence of the gut-bucket music. With his marriage falling apart, Phillip finds himself in the arms of a woman from his past. After Martha is confined to a hospital she is killed in a horrible accident that causes her look-like sister to materialize.