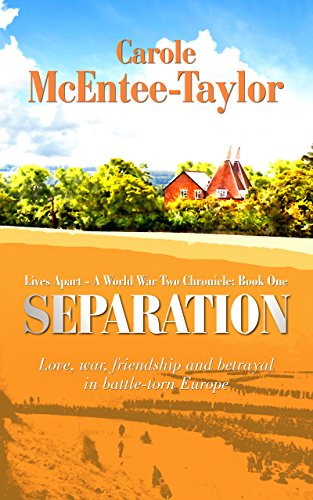 about this book: Lives Apart was inspired by the story of my in laws during World War 2. I originally tried to base the chronicle on their lives but it was just too difficult to fictionalise my in laws and still have my husband and his family talk to me! Some of the stories are based on events that happened to them, others are fiction. I do tell you at the end which bits are true and you may be surprised.

There are five volumes which cover the entire war from 1939 - 1945 and several different characters across Europe whose lives interact and entwine. Publishing dates for subsequent volumes are August 2015, February 2016, May 2016 and September 2016

I originally started writing this in 2009 and got as far as 1942. I then had a break for a couple of years before rewriting the whole thing in 2014. I am finally on the last volume so writing the chronicle has actually taken longer than the war lasted! But MASH lasted longer than the Korean War so I'm in good company.

I've found writing the chronicle rather like reading a good book. You can't wait to get to the end to see what happens, yet don't really want to finish because you are enjoying reading it so much. I hope you feel the same.