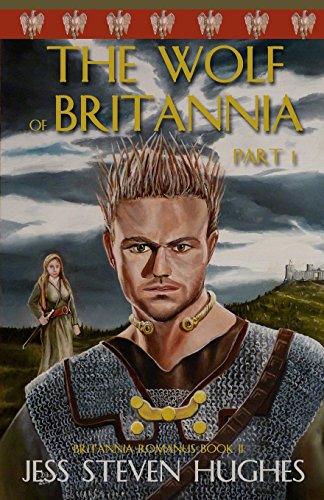 Book: The Wolf of Britannia Part I by Jess S. Hughes

about this book: The Wolf of Britannia, Part I, is a breathtaking historical novel of action and suspense set in the wilds of First Century AD Britain. A young Celtic warrior, soon-to-be-legendary Prince Caratacus, must unite the southern tribes of Britain to fight an enemy more cunning and powerful than either he or Britain has ever faced, the juggernaut of imperial Rome.

As the prince fights alongside his wife, Rhian, a warrior princess who takes no prisoners, Caratacus must also outsmart a traitorous brother determined to take the throne with the support of Rome. He must also deal with a treacherous Roman, who is bribing his father, making promises that Rome would never invade Britannia. Caratacus knows this is a lie, and that he is creating descension among the other British tribes who the young prince is trying to unite before the Romans invade their lands.

This is the story of a courageous man who must save his country not only from internal strife and treachery, but from the tyranny of Rome or die trying.