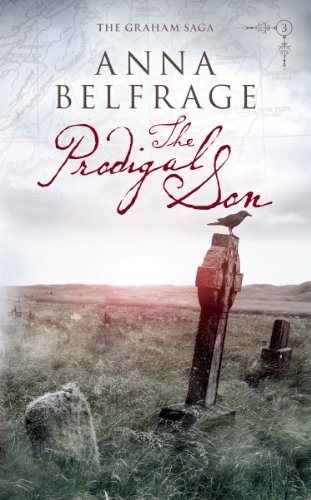 about this book: How much should a man risk for his faith? That is a question Alex Graham repeatedly asks herself as she watches her man slip away night after night to help the outlawed ministers of his kirk. It is 1665, and in Scotland the population grumbles as His Restored Majesty, Charles II, implements laws effectively banning their church. Instead, the people of Ayrshire must pledge themselves to the king, recognising him not only as their king, but also as head of their church.

Scotland explodes with religious fervour, and to Alex's exasperation and fear, Matthew Graham is one of those men who does everything he can to help his brethren in faith – how can he do otherwise, staunch Covenanter as he is?

Matthew is torn by his commitment to his kirk and that to his wife. He is frustrated by the fact that his time traveller wife has little understanding for his continued support of the outlawed ministers, and now and then he wonders if it would have been easier had he married a wife more like himself. Except of course, that he doesn't want another wife – he wants Alex.

Slowly but inexorably, the king's troops weed out the rebellious elements. The more vociferous among the die-hard Covenanters end up deported – or even hanged – and Alex's heart throngs her throat when yet again her man risks not only himself, but also their family.

But seriously, how much should a man risk for his faith? Ask Matthew – he will tell you that sometimes the prize is too high. Way too high.