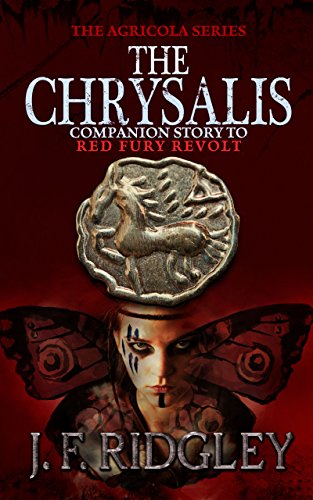 about this book: "Just when the caterpillar thought her world was coming to an end, she changed into a butterfly." unknown

In order to survive, Morrigan must change..and does... into a dangerous butterfly.

Rome has turned on the Iceni people because of Decianus Catus who demands payment for taxes Morrigan's mother Boudica refuses to pay. Thus, her mother is flogged, Morrigan's soul mate killed and dies in her arms and the final insult, the tribe is taken prisoner to be sold as slaves and the women are raped.

However the Trinovante people save them from this horror. Now Morrigan wants revenge for the death of her soul mate, the insult to her father's funeral, and her mother's flogging. But she is but an Iceni princess, raised weaving wool.

Still she wants Roman blood. So she much change. With the help of the warriors of the tribe, Morrigan changes into a deadly warrioress. Now Rome has good reason to fear her.

This companion short story only accompanies Red Fury Revolt and, as Paul Harvey might say, "And now for the rest of the story".