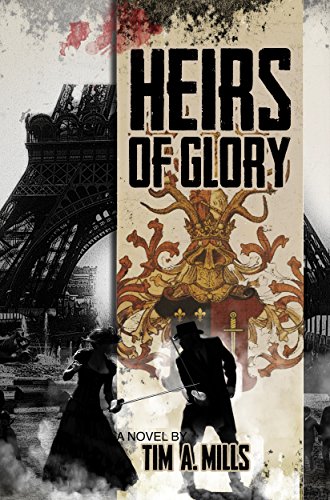 about this book: Calvin Sheridan was went through life with blinders on. When he was asked to check up on an old family friend he delayed it as long as he could. Just as he was about to convince her to return home, she was brutally murdered. On the run and unsure what to do, he comes up with a plan to be sure the murderer is caught.

Along the way, he meets a French fencing master who guides him through his journey. But that journey was not what he expected and soon turned from murder to covert operations, a secret society, secret codes, and the revelation that it was all under his nose the entire time. He was awakened to a life he never knew, a dangerous life and an exciting one.

Filled with duels, intrigue, murder, and mayhem, Heirs of Glory takes Calvin Sheridan and his fencing master guide through the streets of London and Paris in 1888.

Heirs of Glory is the first in a series of books with Calvin Sheridan and fencing master Etienne Lefevre.