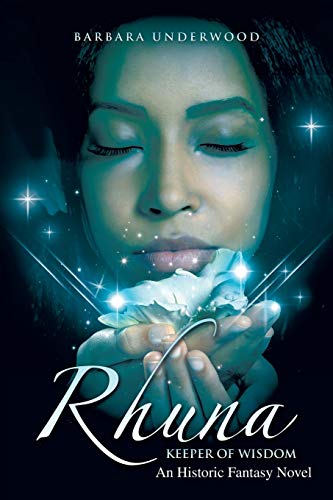 about this book: "Rhuna, Keeper of Wisdom" is the result of being intensely fascinated by ancient mysteries such as megaliths and pyramids around the world, and first reading thrilling accounts of such discoveries, such as Thor Heyerdahl. Then I progressed to reading New Age books, Chariots of the Gods and similar themes, anything about Atlantis and worldwide legends about a highly advanced civilization in our dark and hidden past. With all this amazing stuff going around in my head, I finally had to let it out, and the result is this fairly long fantasy novel which describes some of my own ideas on how pyramids and megaliths could have been made by highly intelligent people of an utopian society. Their special abilities read like magic, but that's the only fantasy element in "Rhuna" - the rest is set in real places, albeit with fictional names. Readers can figure out which places they are with the clues or descriptions. And above all, the people are real. There are colourful characters from all walks of life, bringing up social and ethical issues that are universal, and shows how they could be handled by the idyllic, perfect civilization. But of course, every good story must have a great villain, and Rhuna ends up having to face him head on because only she has the inherited special powers to match the Dark Master who uses his special abilities for his own selfish ends. So for something different from the mainstream Fantasy or Fiction, and some things to think about (or just enjoy the adventure and magic) then this is the right book! Also, there is a sequel in the works which I feel is going to be even better!