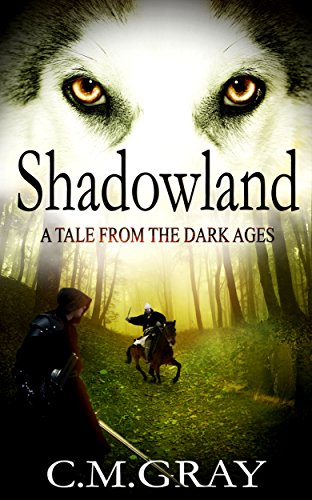 about this book: We all love legends, it comes from times of old when there were no televisions and we sat around crackling log fires, listening to people tell stories.

The Legend of Arthur Pendragon and his knights of the round table has been a favorite for many years, and while the tale of Arthur is still legend, his father, Uther Pendragon, was a real man who lived in the dark ages of Britain, around the year 420 AD. This was the time when the Romans were leaving and the Saxons were invading and raiding, he appeared and united the tribes against the Saxons - Shadowland is the story of Uther Pendragon - this is not a tale you have heard before.

I will warn you that Shadowland has been placed in the Historical Fantasy genre, not Historical Fiction, this is because facts are pretty thin for that time, and their were some pretty strange druids around. Some of the things they got up to are very much fantasy to us modern readers, however, everything they did and everything that happenes in Shadowland was very factual to them.