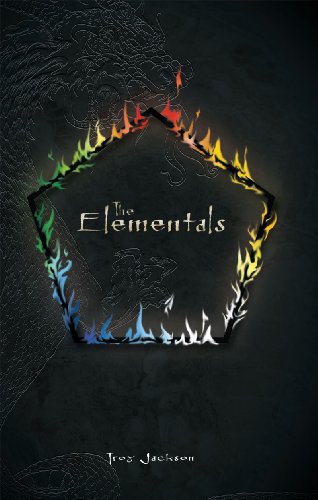 Book: The Elementals by Troy Jackson

about this book: The Elementals, is the first novel in a planned trilogy that finds ancient history colliding with the supernatural. Political intrigue, thought-provoking characters, and slick action are blended together to entertain readers from many fictional genres - adventure, historical, fantasy, supernatural, and even wuxia. It is age appropriate for teenagers, 14+.

This novel took 3 years to put together from initial conception to publishing it. There was at least 100-150 hours of research done on the time period, locations, and characters. Many novels and movies inspired The Elementals, including 'Crouching Tiger, Hidden Dragon' and 'Hero'. In Chinese lore there exists five primary elements - fire, water, earth, wood, and metal. In 'The Elementals,' there are a rare few that demonstrate supernatural abilities that encompass such elements. When the First Emperor conquers his enemies he brutally cracks down on those that oppose him, conscripts millions to carry out his projects, and overtaxes his citizens. A number of insurgencies spring forth to combat the Emperor's rule, including an organization known as the Dragon's Spite. Their mission is to replace the Emperor by nearly any means possible. In order to do so they must locate three unsuspecting teenagers who hold elemental powers within before the Emperor and his agents do.