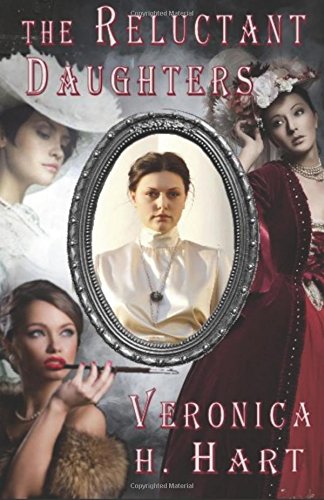 about this book: The Reluctant Daughters is an historical drama set between the years 1865 and 1900. Most of the action takes place in 1900 when Elisabeth Ackert Riis learns that New York State Senator Justin C. Pembroke may be nominated for the presidency of the United States. The knowledge triggers ugly memories and she sets out on a campaign to destroy his chances for success. Her strategy includes using her drug addicted daughter as well as her adolescent granddaughters.

The characters travel from Albany, NY, to New York City and then journey on a train to Kansas City to be there in time for the National Convention.

The story explores the relationships between all the women.

Strangely, the entire book came to me in one of those early morning dreams, from the fully developed characters to the color of the trim on their gowns, I saw them in action. The loyal servant and companion to Elisabeth Ackert, Ledger showed up with a complete history, including his sale to two English brothers when he was just a boy of four standing on a slave block in North Carolina.

It was still necessary to do a great deal of research for the time period as well as about opium dens.