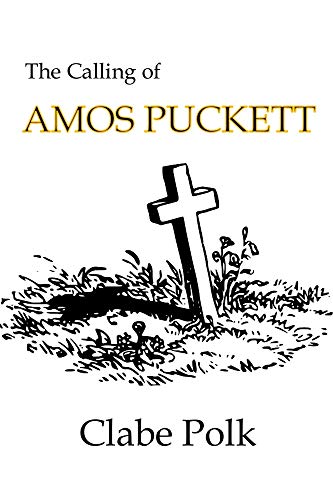 Book: The Calling of Amos Puckett by Clabe Polk

about this book: Amos Puckett is a farmboy preacher's son orphaned by yellow fever at the age of thirteen in the 1870s. Forced to fend for himself, Amos hangs out at the Tampa docks, soon wrangling a working trip to Cuba on one of James Mackay's cattle boats. Although a run-in with Cuban police placed him in jeopardy, he fell in love with Cuba and determined to return someday. Many years and hardships would intervene. Amos grew up first working in Tampa, then working for a patient medicine peddler, then a ship chandler. Along the way, he acquired an interest in herbal medicine, as well as both friends and enemies. Eventually, he completed training as a preacher and returned to Cuba in time to be imprisoned and to learn more about the healing arts as he ministered to the victims of yellow fever and malaria in Cuba. In 1896, Amos was present to greet the American army as it landed in Cuba for the Spanish American War and found himself ministering to American soldiers as they fell to yellow fever. Eventually, his network of contacts, churches, congregations, and healers in the rural mountains of southeastern Cuba helped eradicate mosquitos largely limiting the scourge of yellow fever and malaria.

This is an action book of historic fiction about the life of a clueless young man whose life was guided and directed by God.