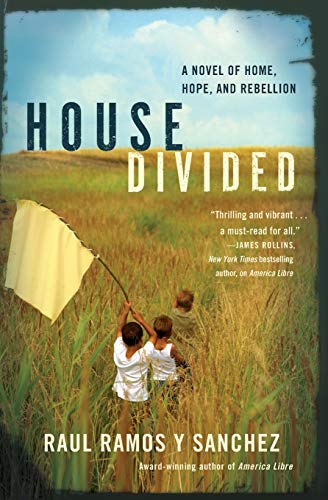 about this book: "Some things had not changed. The dawning sun in East Los Angeles was still a feeble glow in the gray haze. But the city's infamous smog was no longer a residue of its endless traffic. These days, the smoke of cooking fires clouded the sky. The vehicles that had once clogged Los Angeles were now charred shells littering a war-scarred city divided into two walled-in Quarantine Zones."

In HOUSE DIVIDED, Ex-GI Mano Suarez is leading an insurgency against a U.S. government controlled by demagogues. But a faction among the rebels has turned to terror attacks on civilians. Now, Mano must find a way to stop the terrorists in his own ranks without betraying his cause ... or his teenage son who's been lured into the terrorist camp.