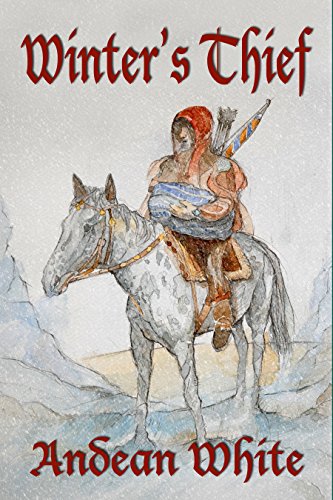 about this book: Winter's Thief is a medieval tale of a king's secret adoption scheme to create an heir to the throne, as the queen cannot bear children. The story takes us into the lives of the characters providing security and those who wish to see the princess dead. Oscar, the captain of the guard, instrumental in the success of the king's scheme, has second thoughts when his farmer son meets the princess several years later. Their budding romance struggles as they battle treason, spies, revenge, assassination, kidnapping, abduction, ambush, social class, beasts, and parents.

Winter's Thief characters are a collage of the interesting people I have met. One character might be the blending of several people with similar traits.

The characters are ordinary people dealing with the trials of living in difficult times, but their trials are life and death magnitude. They must outsmart the enemy with wits, put aside their fears, and overcome their flaws.

I enjoy entertaining storytellers, especially those that can draw the listeners/readers into the story early, take us on a journey, and deliver a satisfying ending. When friends commented favourably on a few short stories, the thrill of storytelling hooked me.