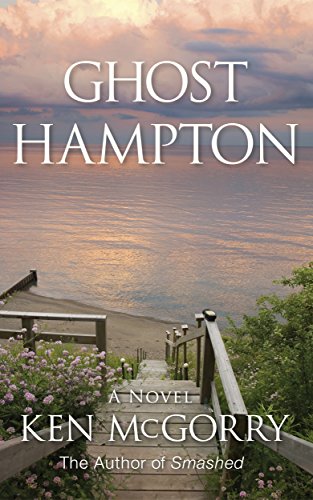 about this book: Lyle Hall's life had to end. And it did. He plowed his Hummer into Bridgehampton's big war memorial, taking out the town's kindliest old lady in his path, and that was it. When he finally emerged from coma, Lyle had a whole new life. He'd get around by wheelchair. He'd renounce his career as the Hamptons' greediest lawyer. He'd repair relations with his daughter, a young police detective. And he'd hear strange, plaintive voices coming from that abandoned former brothel known as "Old Vic."

Lyle, having driven away friends and family during his 30-year Scrooge-like law career, was the last man Hamptons residents could believe as a clairvoyant, an empath who could feel others' pain. But the haunted voices caused him to take a public stand – to "save the haunted whorehouse" where he'd encountered a mysterious Victorian girl called Jewel. And helping Jewel, he believed, would help him solve a disturbing real world premonition: his daughter, Georgie, a cop investigating a drug gang, will die in four days' time. Lyle had seen her premature headstone in a sickening vision.

No one who knows Lyle takes his off the wall story seriously. But strangers do – an "Occupy" style tent city of paranormal freaks springs up around his house. They want to see Jewel too. And so does big media, national television, and one gorgeous reporter with her own agenda. Her fans know her as Silk. And she easily gets her hooks into a susceptible Lyle Hall, signing him to a seemingly attractive exclusive contract. But Lyle's signature will force him to decide between a new life as a paranormal celebrity – and safeguarding his own daughter's life. If, that is, she truly is in danger.

"Ghost Hampton" presents readers with a realistic look at a haunted house phenomenon -- how the news media behave, as well as local police and first responders. The novel's subplot follows the escapades of a burnt-out would be drug lord with "a thing" for our hero's detective daughter. What so many readers, primarily adult women and men, comment on is the novel's character development and surprising humor.

"Ghost Hampton" weighs in at 450 pages. I't's the product of over three years of research, writing, editing and re-writing. The book includes true-to-life police procedure as well as the methods of fire fighters, EMTs and first responders. Author Ken McGorry spent his college summers working menial jobs in the Hamptons. These days he has a little summer home in Westhampton Beach, Long Island, with his wife. One day a few years ago, she pointed at an old house and said the man who'd recently bought it found it was haunted by a little girl. And the place, long ago, had been a brothel.

• "Mystery fans should find this darkly comedic novel not only entertaining, but enlightening as well, as Hall's redemptive, brilliantly plotted journey is both painful and poignant." — Kirkus Reviews

• "'Ghost Hampton' is brimming with otherworldly creepiness. You won't be able to put this book down." — Dan's Papers 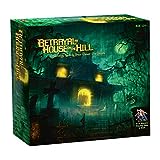