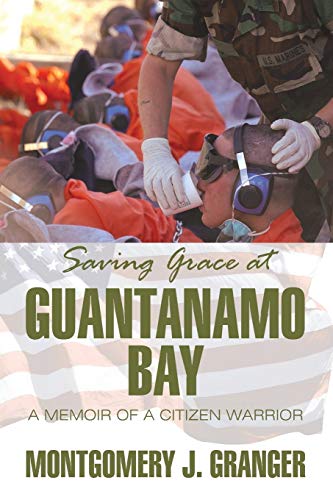 Book: Saving Grace at Guantanamo Bay - A Memoir of a Citizen Warrior by Montgomery J. Granger

about this book: The complete story on Gitmo isn't written yet, but the beginning is. What's it like to care for people who want to kill you? From February to June, 2002, now retired U.S. Army Reserve major Montgomery J. Granger was the ranking U.S. Army Medical Department officer with the Joint Detainee Operations Group, Joint Task Force 160, Guantanamo Bay, Cuba, and it was his job to oversee the care and treatment of some of the worlds worst extremists, captured during the Global War on Terror; unlawful combatants from the battlefields of Afghanistan during the opening months of Operation Enduring Freedom.

Described as "an emotional train wreck," then captain Granger fought feelings of hatred and empathy towards the detainees, resenting them for taking him away from his wife and three children, one a newborn son, yet duty-bound to care for them and oversee their treatment, within the spirit of the Geneva Conventions, with dignity and respect. His journal entries are stark, real, and heartfelt, and open a new sense of awareness and appreciation for what it's like for a Citizen Warrior to leave his family, friends, colleagues and civilian career to care for alleged terrorists in the most famous military detention facility of our time, Camp X-Ray, Guantanamo Bay, Cuba.