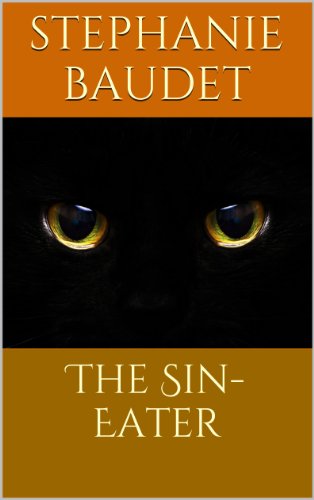 Book: The Sin-Eater by Stephanie Baudet

about this book: This is a book for children of 10 year and over. It's about the loss of a friend, and the subsequent grief and guilt. It is also about bullying.

Jeremy is trying to come to terms with the death of his friend, David, who drowned in a local clay pit. A place which he, Jeremy, introduced David to, knowing about his fondness for cats, and the pit being a place where unwanted kittens were drowned.

Gran talks about the ancient ritual of sin-eating, an old custom in Europe whereby when someone died, a poor stranger was brought in off the street and given a crust of bread and bowl of ale, and took upon himself the sins of the deceased.

After finding a dead cat in the road, Jeremy is coaxed by his friends into performing the ritual over the cat. Has he then taken on the sins of the cat, or is it all part of his grief?

And what had been bothering David just before his death?

The book was inspired by my discovery of this ancient ritual - sin-eating, combined with childhood memories of clay pits near my home in Australia. These pits held a fascination and fear for me. The sacks of dead kittens were there, and the knowledge that the pits were forty feet deep and I was afraid of water. The memory, too, of a classmate who drowned there, aged 12 years old, and his empty desk in the classroom the next day.

I, too, love cats, and they feature to some degree in most of my books. One of mine is purring beside me as I write, occasionally chasing the cursor across the screen with her paw.