about this book: The Complete Idiot's Guide to Handwriting Analysis is a basic course in gestalt graphology. That is, it teaches the reader how to look at the big pictures of spatial arrangement, writing form, and writing movement, rather than doing what most basic books do--offer a laundry list of "this means that" traits.

Why the gestalt method? Because it teaches the theory, which means you can analyze writing in any form, including pictorial languages such as Hebrew, Arabic, and Japanese. The trait method is based on comparing handwriting to the American copybook, which limits the analyst.

I would not have chosen this title, but it's part of a large, very successful series, and since no other publisher had offered me the opportunity to write whatever I wanted and pay me for it, who was I to quibble? The first edition ended up with 456 pages and it sold well all around the world. Several years later, when the series was purchased by a different publisher, they decided to cut 100 pages and return to an earlier format. For an author, cutting 100 pages of your timeless prose is as comfortable as sticking needles in your eye, but somehow, I managed it and six years later, the second edition is still doing well.

The book is filled with hundreds of samples, mostly of celebrities, authors, artists, and others, to illustrate various rhythms, zones, speed, and dozens of other characteristics of handwriting. When readers ask how long it took me to write the book, I tell them thirty-five years. That's how long I practiced handwriting analysis before I began putting all that experience on paper. Until then, I'd written numerous monographs about various aspects of handwriting, but I wanted to write the book that I wished I'd had when I began studying graphology in 1967. And that's what I did. 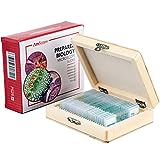 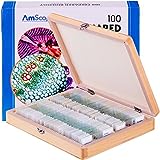