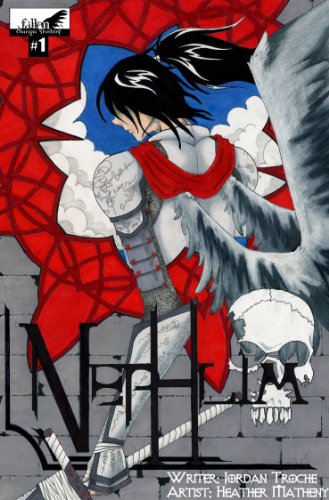 about this book: ABOUT: The world has fallen into a state of chaos and war. A group of Angels fell to earth to become mankind's new Gods and prove to their creator that they are superior to humans in every possible way. Their rule has been one of fear and nightmares, people cower by the mere mention of the Fallen. Just like their creator they wanted to make new life so they took human women and mated with them creating Nephlim. Beings that are half human and half Angel. These Nephlim became the generals in their dark armies and they relished in the evil they committed. One Nephlim was born unlike the rest, his name is Ezekiel and he's vowed to kill every Fallen and evil Nephlim that walks the Earth. Empowered by the Angel of Death he fights for the weak and hopeless. He fights to rid mankind of fear and despair.

Themes- A boy seeking Revenge against a tyrannical Fallen Angel who murdered his mother in front of him. He battles the darkness that has taken over the world and the darkness that dwells within. His reason for fighting, revenge slowly starts to fade as he realizes that the weak and helpless need him more. That they need a champion of Light more than he needs his revenge.

The strength that trusted comrades can give you when in a life or death situation. He is Nephlim, a half human half Angel. Finally the horror that a Fallen Angel can bestow upon mankind when he hates and is disgusted by us. One word ... Overcoming.