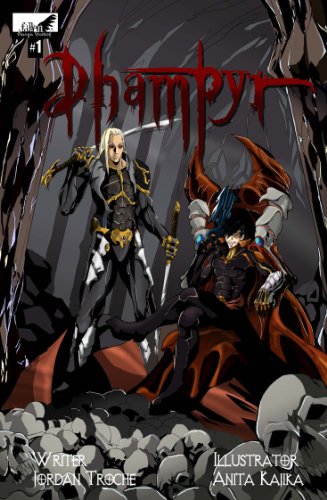 about this book: ABOUT: The story takes place in modern day and follows two brothers Alkade and Isaac, the sons of the first Vampire ever. Their father was murdered by a secret Clan of Vampires called the Clan of Genesis. The leader is a Vampire named Sethos and he hid in the shadows of history and turned the greatest warriors and tyrants into powerful Vampire Lords. Achilles, Lancelot, Genghis Khan, Cleopatra, and even Morgana are generals in his Clan. Once he had sufficient military might Sethos attacked and killed their Father becoming the rulers of the Shadow World. The World that exists alongside the human one, it is split in half and ruled by a Vampire Clan and a Werewolf Clan. The brothers are no ordinary vampires, they share something very special. Alkade is a BloodWolf, a hybrid creature of a Vampire and a Werewolf. Isaac is a Dhampyr, a hybrid creature of a Vampire and a Human. This is a tale of monsters and their journey to become Kings.

Themes- What do you do when you are abused your entire life? What happens when people attack and humiliate you for no discernible reason? What happens when you get a power that gives you the chance to fight back? A chance to join his brother in a hidden world of supernatural creatures and to discover you have a rightful place to rule over them? What does that strength do to a human turned vampire? Monsters fighting Monsters for a Kingship, a world of night creatures that has their own rules and customs. Looked at as above the human world, above their laws, rules and problems. He is a Dhampyr, a half human half Vampire. One word ... Chaos.