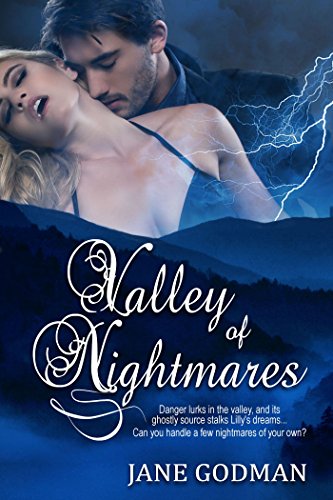 about this book: One of the ancient Celtic legends I love is that of Black Shuck. Black Shuck, a ghostly black dog, is believed to be one of the oldest phantoms of the British Isles. Black dogs often haunt ancient lanes, tracks, crossroads, old churchyards and prehistoric sites. Many of these places were associated with local superstitions and the uncanny. They are liminal places, where the veil between worlds is thought to be thin. The haunts of the black dogs are also features said to denote ley lines, it has been suggested that they represent some form of energy or natural phenomena moulded by the mind into an archetype of the black dog. A great deal of work has been done by earth mystery researchers to suggest that certain geophysical conditions may affect the human mind. These places were recognised by ancient man, and that is why the black dogs, as some form of archetype, appear at places of ancient sanctity.

The name Shuck may derive from the Old English word scucca meaning 'demon', or possibly from the word shucky which, in some local dialects, means 'shaggy' or 'hairy'. Sometimes recorded as a a terrible devil dog and an omen of death, sometimes a more companionable animal, it is classified as a cryptid, and there are varying accounts of the animal's appearance.

A dreadful thing from the cliff did spring

And its wild bark thrill'd around

With eyes that glowed with the fires below

'Twas the form of the spectred hound

According to folklore, Black Shuck has flaming red eyes and shaggy black fur. Some say he is a huge beast, the size of a horse while others claim he is no bigger than a large dog.

'He takes the form of a huge black dog, and prowls along dark lanes and lonesome field footpaths, where, although his howling makes the hearer's blood run cold, his footfalls make no sound.'

The most infamous sightings of Black Shuck happened on the same day in August, 1577. On that day a great storm was raging along the Suffolk Coast, and the people of Blythburgh were congregated in the church. Suddenly, a clap of thunder broke, and the doors of the church crashed open. Black Shuck ran through the congregation, ripping the throats out of a man and a boy as the churchgoers watched in horror. Then the church steeple fell crashing through the roof, and Black Shuck left, leaving scorch marks on the church door that can still be seen to this day!

Later, Black Shuck is said to have burst into the church at Bungay, and made a similar attack. The Reverend Abraham Fleming described the sighting in his work A Straunge and Terrible Wunder:

'This black dog, or the divel in such a linenesse (God hee knoweth al who worketh all,) running all along down the body of the church with great swiftnesse, and incredible haste, among the people, in a visible fourm and shape, passed between two persons, as they were kneeling uppon their knees, and occupied in prayer as it seemed, wrung the necks of them bothe at one instant clene backward, in so much that even at a moment where they kneeled, they strangely dyed.'

A more benign account of the phenomenon tells of a man called Johnnie who had to ride through a wood in darkness for a mile to get to where he was going. At the entrance of the wood he was joined by a black dog. It pattered alongside him until he emerged from the trees, whereupon it disappeared as quickly as it had arrived. On his return journey through the wood, the dog joined him again on the dark woodland path, and disappeared mysteriously when he emerged. Apparently, some years later, two prisoners condemned to death confessed that they had been planning to rob and murder Johnnie that night in the wood, but the presence of the large black dog stopped them.

Valley of Nightmares is a Gothic romance set just before the start of the second World War. It features several Celtic legends, including a large, black dog...

Reviews for Valley of Nightmares:

• 'exciting and fast-paced, with many intriguing elements that kept me reading late into the night...The author has a beautifully descriptive way with words, and I enjoyed her writing style very much.'

• 'a delight to read... If you think you'd like a romance that makes your heart beat hard from more than steamy sex scenes, give this one a try.'