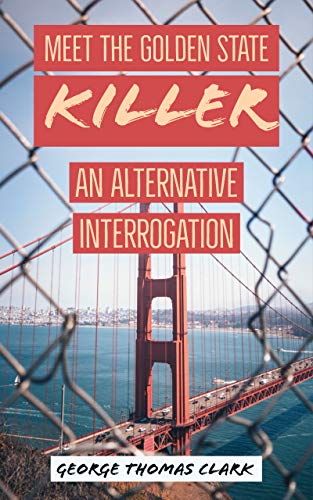 about this book: No one beyond childhood who lived in Sacramento, California during the late 1970s has forgotten the communitywide fear caused by an unknown criminal who the media had begun calling the “East Area Rapist.” His crimes compelled people to install new locks and buy more guns in Sacramento until the rapist evidently stopped in the early 1980s. But authorities soon noted similar assaults in the San Francisco Bay Area. When those attacks also ceased, many assumed the rapist had been killed or arrested or lost his perverse energies. Many years later, in 2018, police stitched together complex DNA research and arrested Joe DeAngelo, a former police officer, and revealed that DeAngelo was genetically linked to ten homicides in Southern California and suspected of two earlier murders in Sacramento before he moved south. I decided to create images of Joe DeAngelo being interrogated in a different and much more confrontational manner. The short ebook is titled “Meet the Golden State Killer: An Alternative Interrogation.” Readers say this fusion of facts of fiction is an interesting (and shocking) portrayal of one of the most prolific serial rapists and murderers in United States history.