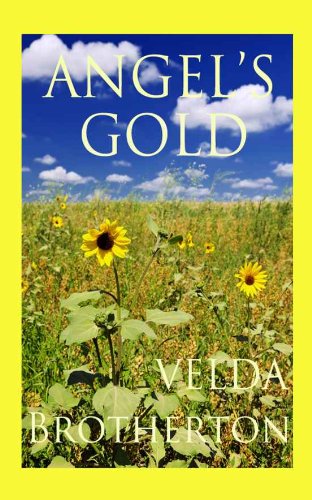 about this book: You never know where you'll find an idea for a book. We drove from Arkansas to Kansas to visit my brother, who had moved to Circleville, Kansas where his wife was born and raised. One evening we were sitting around talking about the history of some of the towns in Kansas and he mentioned that there was once a working gold mine outside of town, the only gold mine in Kansas.

The next day he drove me out to show it to me, as much as we could see without going on private property. With the help of my sister-in-law I began to gather history of the town and the mine while we were still there. It wasn't long before I needed another historical to fulfill a two-book contract and I thought of that mine and what I might do with it.

The story developed from several separate items I ran across researching. One was about families traveling west who had to sell not only many of their belongings, but their children, in order to make it on over the Rockies. I was amazed, not only that a family could part with a child in such a way, but what kind of person buys a child? This was nothing short of slavery.

From that came this book about a young woman, sold at the age of fifteen, to an older man, who married her but was kind enough not to demand any of his husbandly rights until she reached the age of 18. The gold mine plays a large part in the story. She has been sneaking out at night and going to the closed mine where she finds small amounts of gold and stores it in pouches under the bed. She plans to run away before she reaches eighteen and use the gold to pay her way. Knowing how dangerous it is for a girl to travel alone, she hopes to find someone who will help her. And of course, she does.

After the book was finished and published my brother asked me if I'd be interested in bringing some books to Circleville and nearby Holden for a couple of fairs. We set it up, he managed a lot of publicity and I drove up for the week, appearing at one fair each weekend. I had to order more books for the second fair. People were lined up and waiting when we arrived. Neither town had a library or a bookstore. They not only bought all the copies of Angel's Gold, they bought every paperback I could scrounge up of my earlier books.

I sold more books at these two fairs then any two events I've ever attended.