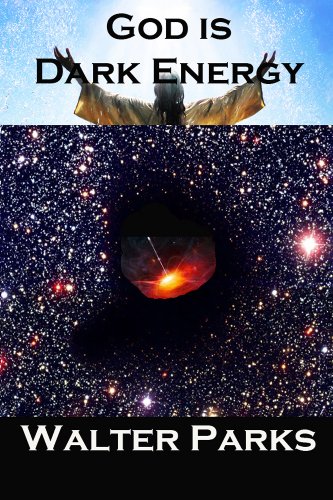 about this book: Mankind has tried to understand God down through the ages.

My astrophysics education and career in aerospace has made me begin to question just what and who God really is.

I grew up in the Bible Belt of Mississippi and the Christian beliefs were instilled in me from the very beginning.

But ancient fossil finds and the growing beliefs in evolution convinced me that the Bible's stories of creation cannot be taken literally.

I decided to do some research in search of the truth.

My search revealed to me the scientific God of creation, the creator of the universe and everything in it.

This new scientific insight shows that the Bible is a very good analogy of how the heavens and the earth and all on earth were created.

All believers in God can find this new evidence totally acceptable when they recognize and accept that the Bible is not literal, but it is an analogy for creation written with the information available at the time it was written.

I find the Bible to be a remarkable analogy for the scientific facts!

The newly-found God, the creator, can also readily be accepted by atheists in that He meets their beliefs.

Let's take a look at what we have learned.

The Bible states: "In the beginning God created the heavens and the earth."

This belief is fairly representative of most religious believers of all faiths.

The problem for atheists is that most religions have presented God as looking and acting like us humans. The atheists just cannot buy into that concept.

Religious men have struggled through the ages to define God and present Him in a manner that their followers can comprehend. They had no real knowledge of God, so they conceived him in the many images which we have today.

But now we have more scientific knowledge. We pretty much know how the heavens and the earth were created.

You will see that Dark Energy created the heavens and the earth.

So we know who God the creator really is.

Let's take a look at the scientific data.

The scientific data will show you who God the creator really is.

"The eternal God is a dwelling place, and underneath are the everlasting arms." Deuteronomy 33:27

"Allah, the Eternal Refuge; He neither begets nor is born." Chapter 112 Koran

We dwell in a universe that is one in a set of an infinite number of parallel universes all of which were created by Dark Energy.

Dark Energy has always been ever present

Dark Energy created the heavens and the Earth.