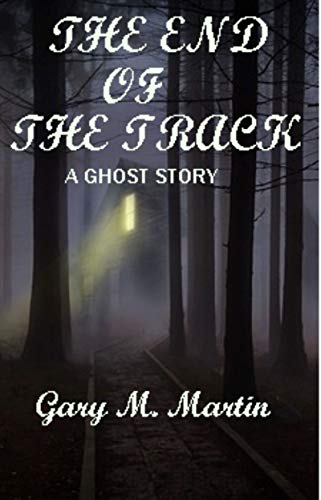 Book: The end of the track - A ghost story by Gary M. Martin

about this book: Frank Guerder is a novelist who writes paranormal stories supposedly based on his own experiences. His first two books did okay but was not very impressive. His third book is doing quite well and he hopes that this is the start of a promising career.

During a book signing a man asks if he would be willing to help the town find three of their missing children. It is believed that the children boarded a train. The problem is that the train had stopped running in this area years ago. Half the tracks have been removed.

Frank is reluctant to agree but his agent, Carla, thinks that this could be great publicity, perhaps taking his books to number one. Frank finally agrees.

Frank understands the risks are great but he is the only one that could save them. And time is of the essence. The children have been missing for over a week.

I originally just wanted a quick entertaining story to offer those who were in the mood for something shorter than a full novel. After writing it, however, I grew to like Frank and Carla. In the future I hope to write a series of stories based on the two.

I consider this a pilot. If I get too many bad reviews I'll rethink my idea of a series.