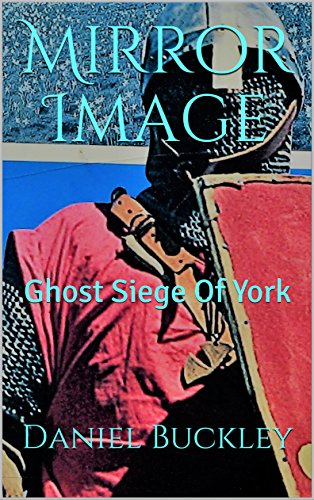 about this book: Follow a writers quest to deliver an article for the December issue of his clients ground breaking magazine.

With time against him Paul must move quickly to identify his content and gather his own findings before drafting his article for submission.

His brief follows the Ghost walks of York and the darker side of its history not seen in history books.

Paul's hotel room looked out over Clifford's Mount once an Anglo Saxon burial ground and later a Norman stronghold part of the castle of York defences.

York was during the turbulent middle ages.

Rivalry between the Anglo Saxon warlords and the Scandinavian settlers and raiders in the North delivered conflicts with the control of York the prize they all sought.

Whilst in York Paul triggers a gateway in time that leads to strange figures and events as he discovers that time is not a one way street...

Can he make any sense or solve the mysterious events happening around him and deliver his article on time?