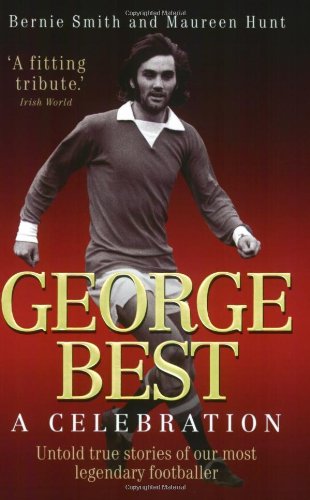 about this book: Biography of George Best.

Using George Best memorabilia, tributes and memories from well known footballers and celebrities together with George Best and football fans

Stories have a brief social history context too

Originally published in hard back 2007, paperback 2008

NOW AVAILABLE ON EBOOK - September 2013. This is to coincide with and celebrate the 50th year anniversary since George Best made his debut for Manchester United, September 1963 at Old Trafford against West Bromwich Albion. Read in the book WBA's Graham Williams' memories of having to mark the young and then unknown George Best on his debut.

Also coincides with the Football League's 125 year celebration exhibition at the National Football Museum in Manchester, where a selection of the memorabilia is used in the exhibition as part of the George Best era on display.