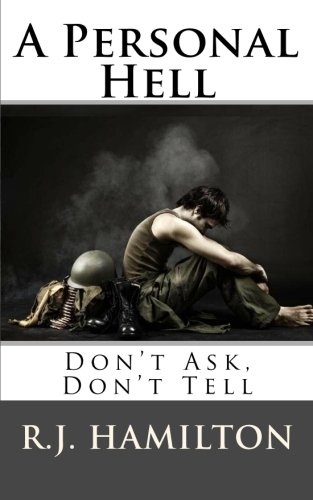 about this book: This is a book about a young man who joins the United States Army even though he's gay. I was in the Army for 12 years and saw many good people lose jobs simply because of their sexuality. This book contains some language and sexual content and is intended for people 13 years and older. I chose the cover because of the pain Greg (the main character) goes through and I want readers who are still closeted to identify with the photo, keeping it faceless but obviously lonely. The hardest part of the book writing for me was reliving the sniper attack, but I did it to make things more realistic. I want readers to know that the DADT policy was a cruel one, but on a larger scale, I want those who are hiding something from the ones that they love, they aren't alone. I want people to relate to Greg and understand his loneliness, straight, gay, bisexual, or transgender. Greg is in all of us, or he was at one point in time. Thanks for reading! I am also the author of "Self Convictions," "Self Consciousness," "Self Conclusions," "Self Consequences," "Dark Solo," "And the Hand of God," & "Because It Feels Good."