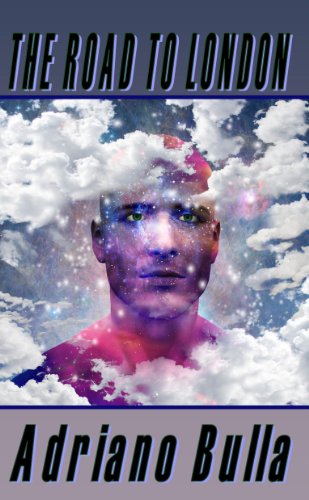 Book Reviews: The Road To London by Adriano Bulla

about this book: Imagine a world that does not want you. Imagine not knowing who you are. You have no one to talk to; you live in a grey city where you simply cannot be yourself. What would you do?

The Boy in The Road to London doesn't even have a name... He doesn't even know what 'gay' means to start with. The whole world seems to say he simply should not exist. He is a lie.

Yet there is something stronger and more colourful than lies: dreams. His dreams become his reality, then hallucinations take hold of his life, a life of secrecy, a life of self-denial, till a light falls on his dream... From another city, London, come mental letters that he writes to his great love, like him, with no name, and called My Dear. Beautiful, tall, dominant, My Dear can be cruel, apparently heartless.

But pain is pleasure in this story: the giving stronger than the receiving; the Boy learns that to be free from prejudice, homophobia and bullying, he needs to belong to someone, submitting to his lover is accepting who he is...

The Road to London was written while dancing in a London gay night club; that's only one of the many unudual things about this novel.

Surreal, dark, intense, it deals with coming of age, coming out, sexuality, being and becoming gay, sexual fetishes, but also with drugs, alcohol, friendship, love and identity.

The sea, the Sun, the Moon, the stars follow this story rich in symbols, where colours gradually paint a rainbow of light along the sound of songs and poems, until, well, until they show the Boy the light that crosses the whole on the universe, and gives life to his dreams.

Described as 'one of the greatest and darkest romance stories ever' by best-selling author Sarah Luddington, 'an impressive work of art' and 'a seismic shift in the direction of literature' by Dr M Rossi, this novel sticks with readers, who read it over and over again, because, as we read in William Barrett's review onGay-Literature.com, 'it has all the qualities of a classic.'

Diving deep into the heart of the contradictions of life, this novel is about whoever reads it: readers have started giving the Boy their names, they have written in reviews that 'no other book has changed me so much' because this is a novel that will knock on the door of your heart and nestle in your subconscious.

The style? It's so new that no one has yet been able to describe it, but 'surreal', 'compelling' and 'simply beautiful' are the words readers use.

Voted by Goodreads readers as one of the best romance stories of all time already, The Road to London will take you on a journey to explore the deepest regions of your heart with colours you had never thought exist; and yet they do, inside all of us.

If you want to read something really new, then this is it!

The Scally Lad Bible and much, much more

From the point of view of a scally lad in London, this novel has made me go through how I became one: the fascination with straight (acting) friends, friendship and sexual arousal, then love, the power games with mates, the dom/sub relationship between the lad and his lovers, the PE lessons where the boy feels the moist and warm feet of his mate Pat rubbing against his muscles when doing sit-ups, the London club scene, the partying...they are all in here.

I think other readers will find other things beautiful in this novel: the poetry, the music, the hallucinations, the literature, but, for me and for most of my generation, the exploration of sex and sexuality make it the book that best represent us. [by John (Scally Lad)]

The gay classic of the decade

The Road to London is a compelling read. It follows the journey of a Boy through the discovery of his own sexuality, through bullying, self-denial, alcohol and drug abuse, to finally reach self-acceptance and freedom.

The two poles of this novel are two cities, Milan, described as grey and oppressive and London, taken as the epitome of freedom. But this exceptionally well written novel also sways, as if in waves, between crude realism and imagination, sex and love, honesty about the many themes it deals with and the astonishing beauty of its words.

We are given glimpses into the boy's subconscious through his amazing dreams, which reflect his psychological growth and glimpses into the boy's future as a gay man in London in letters that close every chapter, which are written in a gay club, and which mix childhood games such as hide and seek with love and sex on the London club scene.

The Road to London is the novel that most truly reflects the experiences of gay men nowadays, but it is not 'just' a gay novel. It is in fact a novel that offers everything to every reader with an interest in many of the different themes that this book weaves so wonderfully together. This novel has already been voted a gay classic by readers, and its influence will be felt for a very long time: it is one of those rare phenomena where an innovative style perfectly merges with the feeling and culture of an age.

I have found myself going back to it over and over again, and discover layer upon layer of new meanings surfacing on the pages of this incredible read, which captures you with a heart-rending but easy story, then drags you into a world of self-discovery like no other book has ever done to me.

The complexity of the boy's fetish personality shows how the world still has to catch up with the development of our species, in this, The Road to London is a universal masterpiece. [by Adam]

Opening the pages of The Road to London is like stepping into a different world. This is a journey from a homophobic world right into the London club scene which many of us are familiar with. What this book is here to remind us is that for many around the world, the gay scene is a distant dream, and the long journey to get there can be extremely painful.

Quirky like most of us, this book does not even give its main character a name, but this adds to making it into the journey of all who have suffered from bullying, even violence and refusal in the backwaters where they were so unlucky to be born, and the journey from being straight to being gay. While part of the story takes place in Italy, every chapters ends in a gay club in London, where we get a window onto the future of our lad, who has finally escaped from a place with no place for him and met the great love of his life, he, too, with no name, but addressed as My Dear.

Like many of us will have experienced, the journey is more in the lad's mind, not only because he suffers psychologically as well as physically, because he first needs to come to terms with his sexuality, let alone coming out, but also because he lies so much to himself that his lies become his reality, and the story switches seamlessly between reality and dreams and, when he discovers drugs and alcohol, hallucination and nightmares.

If you think that his love story in the club is all roses, though, you are well mistaken: My Dear can be cruel, very much so, and we will only find at the very end that his story is not dissimilar from the lad's, but when turning from straight to gay My Dear has left a victim in his path, and he can't forgive himself for what he has done. The sweetest touch in this novel is that it is dedicated to a friend of the author who we understand committed suicide, and Adriano Bulla says he cannot forgive himself 'for not being there to stop him when he jumped'. The whole theme of flying to a better life, I think, should be read in the light of the jump in the dedication, as if Adriano Bulla was trying to give the chance of another life to his friend.

There are many themes that must be common to most of us, including the fusion (though not confusion) of friendship and love, of course, the excessive partying, bullying and coming out, but more significantly, the exploration of sexuality, in the lad's case, made more complex but at the same time more beautiful because he develops a foot and trainer fetish, that many scally lads will identify with, when very young, while playing, on the verge between innocence and incest, with his cousin.

This story walks on a tight-rope of psychology and sexuality and never slips either way. It is fantastical through the dreams, lies and hallucination, but fully honest in its relation to identity. If there is a book that really reflects the experience of many young gay lads in the UK at the moment, and brings personal experiences on the sound of the music into the clubs of our beloved scene, this is it. [by Paul Marshall] 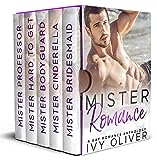