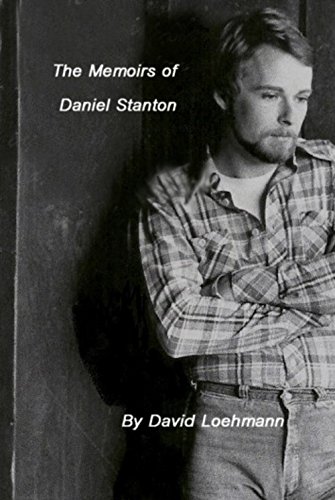 Book: The Memoirs of Daniel Stanton by David Loehmann

about this book: The Memoirs of Daniel Stanton is a book about love; a deep meaningful love between two people who were destined to be together. However, due to misfortune, misalignment of the planets or other forces of man or nature, they happen to be of the same sex. It is a story of immediate attraction between two men that is unstoppable, undeniable and intractable.

I've been working on this story since I was 19 years old, I am now 62. It was not difficult at all to write this and I completed the story in less than two weeks. At times I wasn't even conscious of what was leaving the keyboard and on to the screen. It simply flowed from my mind, the words formed themselves.

Initially I started this out as a personal memoir of events that occurred while I was stationed at USNTC Bainbridge, MD, but decided to take it in another direction. It is more a reflection of what I wished had happened as opposed to what actually occurred. It is more a personalfantasy than anything else. The title is indicative of that.

While the target audience, I suppose, must be gay because marketing says so, it is my wish that readers other than gay/lesbian might also be able to take something positive away from this story. My statement is: love must not be denied, must not be ashamed, it must be free to express itself in whatever form it takes. Ours is not to judge, but to understand. If not, it's a shondah!

I chose the cover because it is very much what USNTC Bainbridge, MD looks like today. Empty roads overgrown with weeds and trees, it's almost uncanny how much it resembles the landscape. The only thing missing is the other, most important character in the book – the bench.

If I learned anything at all from writing this book it is the things that transpired, the feelings I had, are still very much a part of me.