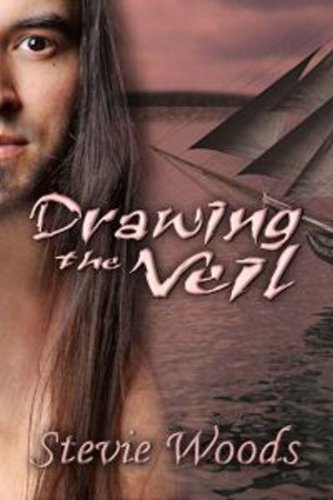 about this book: I originally wrote BEYOND THE VEIL as a one-off, but readers soon began to ask whatever happened to Malik and how he became such a hard man with no consideration for the welfare of others, when Robert had such fond memories of the loving young man he knew.

As I delved into his history it became clear to me that he had to have gone through hell to change so drastically. It was difficult to write but I felt I had to be true to what I believed the character had to be. From the responses of some readers, I succeeded in showing that in DRAWING THE VEIL, for some cases perhaps too well.

Literary Nymphs Review: Watching this tale unfold through Malik's eyes, we glimpse his first experience with love and the crushing reality of his impending future. The story starts at a fast pace and maintains it until the very end.

Speak Its Name Review: However, it's a brave stance, and I see why Woods did it this way; Malik's past, and the softer traits of his personality, are gradually razed, and he becomes a harder, darker man in himself, he stops being the kind of crew member who tries to save the victims of the pirate's predation, and becomes one of the pirates.