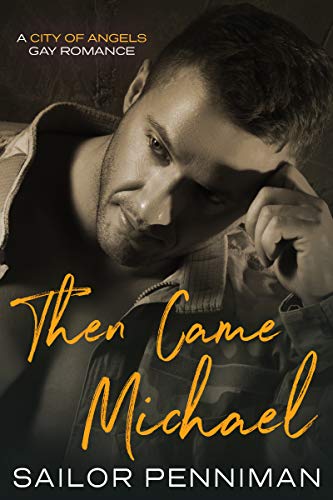 Book: Then Came Michael - A City of Angels Romance by Sailor Penniman

about this book: Galen escaped the men who murdered his parents when he was a teen and has found a way to live a stable life...until he arrests Michael, the man who will turn his life upside down and cause him to question who he is and how he loves.

THEN CAME MICHAEL - A CITY OF ANGELS ROMANCE tells the story of a man left alone in the world who must discover far more than how to survive on his own. He must figure out if the path he chose years ago is the right one for his heart. He must fight for the love of a man who fights against him, out of fear Galen may be wrong about who he says he is. He must ask another person he pledged his life to to let him go. He must face that to end up in a place that's better, he must go through days that are the worst.

Follow Galen on his journey through Los Angeles--in downtown, on Sunset Boulevard, at the beach, and at the police station where it all began--to lifelong love.

Discover Then Came Michael - A City of Angels Romance