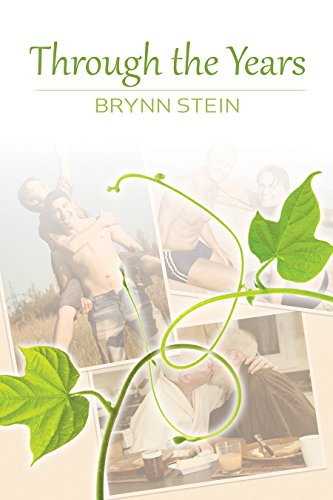 Book: Through the Years by Brynn Stein

about this book: Gene had always thought he was asexual, until he met Edward in college. Even then it wasn't love at first sight. Oh, they became fast friends, and then closer than brothers, but it wasn't until Gene's junior year, one drunken evening before Edward's graduation, that he gave into the impulse to kiss him. It nearly ruined everything. Edward ran away, fled the state right after graduation and didn't come back for over a year. When he did come back, he still ignored Gene until Gene almost died in a car accident. Then Edward couldn't stay away anymore, but when he finally showed back up in Gene's life, he had a wife and a little girl, named Jeanie.

Gene was content to have Edward in his life again, in whatever way Edward was comfortable with, so he slid into the role of Uncle Gene to Jeanie, and later to her little sister as well. He was there to comfort Edward when his wife died. He was there as the little girls grew up. Life threw twists and turns their way, as it does to everyone. Some good, some not. And they didn't have nearly as many years together as Gene would have wanted. But the important thing was that they were together, through the years.