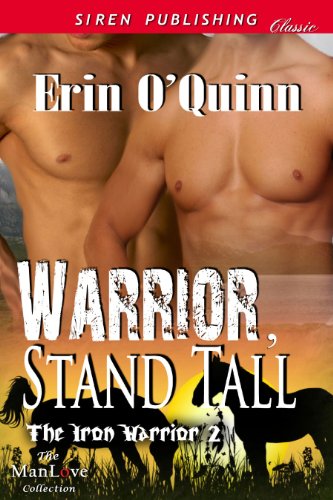 about this book: Gristle, bad-ass former Roman soldier, has finally found love in the person of young Wynn, a pony trainer half his age. Each man has a secret. For Wynn, it's the chilling sexual assault that he has suffered by two evil druids. For Gristle, not admitting to his festering jealousies, it's the dread that any love he admits to will be wrested away by cold Fortuna, goddess of fate.

While the two men are trying to solve their inner turmoil, Gristle finds that his old friends in Wales are being threatened by invasion from ruthless Saxons. Even after they manage to handle the Saxon threat, new trouble waits on the sacred Hill of Tara, where the chief druids to the high king plot to strike again at the heart of Wynn.

Into this maelstrom of danger walks Dub, a striking warrior-scholar whom Gristle recognizes as a potent rival for the attentions of his handsome lover.

This second of the IRON WARRIOR series that began with WARRIOR, RIDE HARD is a little sexier, a little funnier than the first. It need not be read in conjunction with the first, because it tells its own full story. The book is, after all, a study in punishment and retribution, and in the eventual triumph of love over jealousy, superstitition and the wickedness of men.