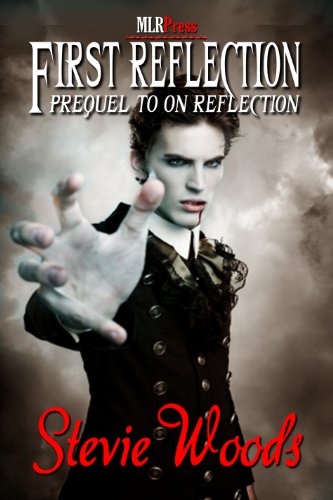 about this book: When MLR Press asked for submissions for a special series of books about vampires I decided it was just the push I needed to write the story of how Andreas, from my historical fantasy novel, 'On Reflection', became the vampire who preyed on the hero of that novel, Nico. A few readers had asked how Andreas became the complicated character we saw in 'On Reflection' and I decided it was time to find out.

It was clear from 'On Reflection' that Andreas had been an vampire for a long time and that he was very charming when he wanted to be, but somewhere deep inside he carried a darkness that he wasn't always able to control. In 'First Reflection' I tried to lay the foundations for the complex man - vampire - he became.

Andreas was the only son of a wealthy family who was at odds with his father but liked to go his own way. One night his independence backfired on him when he and his friends were set upon by a powerful vampire. When he finally understands what has happened to him all he wants is revenge.