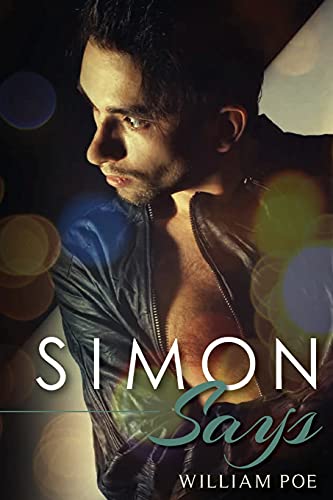 about this book: Simon Says is the story of young gay man who is struggling to find his place in society. He has never been able to accept himself, not least because of the sense of alienation that has remained with him since he was a child in rural Arkansas. He never received affection from his father and his mother seemed to be clueless to his struggles. Early in life, Simon began experimenting sexually, which led to feelings of worthlessness and low self-esteem. When he meets a religious group at age eighteen, it seemed a good alternative to the drugs he was beginning to use with his friends.

Though Simon believed he was on a spiritual quest, he was really just escaping his personal issues. For a decade, Simon remained in the group, Reverend Sun Myung Moon's Unification Church, rising to positions of leadership, until he left after being married in a mass ceremony. He had fallen in love with a male hustler. Unprepared for life in the secular world, he takes up with all the wrong friends and though he has his successes, cannot find happiness. Simon Says is a painful journey to the dark corners of love and life. Along the way, we meet a large cast of colorful characters who touch (or scar) Simon in various ways. In the end, Simon is faced with stark choices.