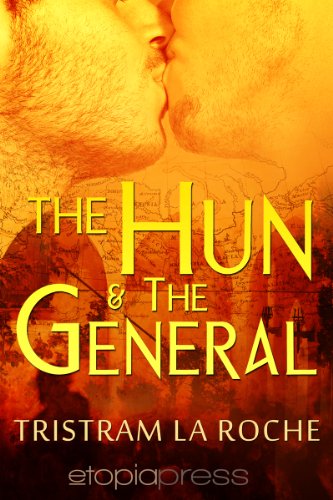 Book: The Hun and the General by Tristram La Roche

about this book: Tristram La Roche takes us to the ancient Roman world for his fourth gay novella and produces an unlikely male lead in the infamous barbarian warrior Attila the Hun. Attila's kingdom as at a crucial point in its history, and Attila must decide whether to wage all out war on Rome or seek a truce. When the Roman General Livianus arrives in Pannonia the relationship which once existed between the two great men is rekindled, and we see these alpha males getting it on in some ingenious situations.

Plenty of explicit gay sex, but The Hun and The General is much more. La Roche has created a believable story of intrigue and gore among some historical facts, and spins a terrific yarn that might have a happy outcome.