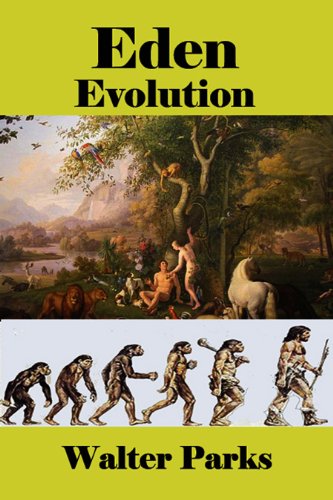 about this book: Looking down into the valley we see a troop of some sort of primates walking along the riverbank, searching for food. Who are they?

Let's look closer at the couple leading the way. They almost look human, but no. They seem somewhat more primitive.

She is obviously pregnant and looks like her child will come very soon.

Are they human? What does it mean to be human?

Let's use the knowledge that we have deduced from archeological finds and anthropological studies to help us understand our imaginary trip with this group.

I took this imaginary trip in an attempt to reconcile the dichotomies between creatism and evolution.

The hardest part to write was trying to reconcile my beliefs that were instilled in me as a young child, with the facts of evolution. I felt that I had to understand this issue.

We have found fossils from our pre-human ancestors that date back to over 6 million years. A large number of different pre-human species evolved, or were created from these ancient creatures. Most died out on branches of our family tree that did not affect our lineage.

I say evolved, or were created; but just how did this happen?

Was it the slow Darwinian process described by most scientists in this field, or was it the process used by God for His creations?

The archeological evidence clearly shows that there was a sequence of progressing creations or evolutions that led to us humans.

It would be hard to explain the precise moment that our pre-human ancestors received that last change in creation, or evolution that made them true humans.

Let's go back to following the troop. They continue to hunt for food down by the river.

Their behavior seems to be the same as that of my brother and I when we use to hunt for frogs and fish in our youth. But they do look different. They have big brow ridges and big chins and short necks.

Let's skip forward in time to 20 years later. The baby has been born and grown to a man. Now he is hunting with the troop down by the river.

But he looks different than the rest of the troop. The heavy brow ridges and big chin and short neck are mostly gone. He looks like us.

He is human. We'll call him Adam.

The Bible tells us that God created Adam in the Garden of Eden. Scientific evidence points to us evolving from lower animals.

Eden Evolution analyzes the dichotomies between the story of our creation in Eden and the scientific findings for evolution. Eden Evolution suggests how both can be correct.

My conclusion helped me.

Hopefully this may also help you. 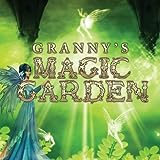